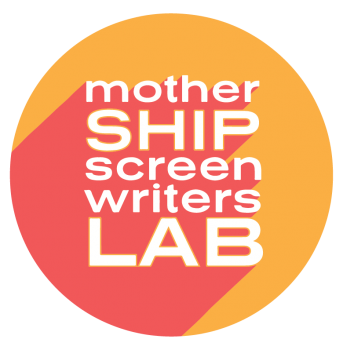 A screenwriting incubator for mothers/caregivers that helps bridge the gap between their stories and the screen. Presented by Harvester Arts & mama.film.

By helping pave a path for these storytellers, we aim to ensure greater diversity in the portrayal of women’s lives and experiences— both on screen, and off.

PROGRAM: Mothership provides an opportunity for a female-identifying screenwriter, whose role as a caregiver has had an impact on her creative career, to workshop her screenplay and make headway towards production. The screenwriter will work in Wichita with a group of local actors over the course of a few days.

Accomplished producers from across the country will come to Wichita for a culminating public reading (Saturday, August 29) and taping of the script, and consult with the writer on the next steps to advance the project.

OUR COMMUNITY: This program engages the local community by involving local actors, producers in the production of the staged reading, as well as local filmmakers in the taping of the reading.

In partnership with WSU’s Shocker Studios, the lab will present opportunities for current film students to gain unique experiences both in front of and behind the camera.

RESIDENT: Screenwriter Nitzan Mager will be the inaugural resident in August 2020 and is working with mamafilm and Harvester Arts to develop the program.

Nitzan’s recent project, A SCIENTIST’S GUIDE TO LIVING AND DYING, is a hybrid of fiction and reality following Nitzan’s own real-life pregnancy on film for 9 months within the setting of a fictional story. It premiered at the Tallgrass Film Festival in October 2018.

​Nitzan’s short, PERIOD PORTRAIT, a comic and provocative look at women’s reproductive cycles, won awards from the National Board of Review and New York Women in Film and Television.